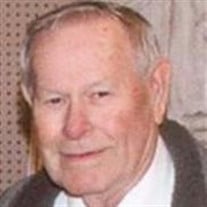 Wesley C. Hunt July 27, 1936 - May 27, 2015 Wesley C. Hunt, 78, of Madisonville, KY passed away, Wednesday, May 27, 2015 at Baptist Health Hospital in Madisonville. Mr. Hunt was born July 27, 1936 in Manitou, KY, to the late Wesley Audubon Hunt and Lillie Pearl Cates Hunt. He was also preceded in death by his first wife, Faye Hunt; one brother, Ralph Hunt; and his second wife, Brenda Pressley. He worked for Henderson Paint and Glass as an installer. He was a member of Greater Lighthouse Pentecostal Church where he served as an usher. He enjoyed the outdoors, fishing and hunting, woodworking, and making furniture. He was a jack of all trades. He is survived by his wife of 3 years, Helen Hunt; one daughter, Debbie (David) Minor of Henderson, KY; one son, Charles “Chuck” (Annie) Hunt of Henderson; three sisters, Mary (Gene) Bassinger of Dixon, KY, June Glore of Dixon, and Brendra (Terry) Vincent of Greenville, KY; and one brother, Michael (Jana) Hunt of Robards, KY; two grandsons, Charles Wesley Nasbitt and Charles Hunt, Jr; one great grandchild, C.J. Nasbitt; one step grand-daughter, Kristin Hulsey; one step-grandson, Drake Hulsey; and several nieces and nephews; and two lifelong friends, Richard Eagle and Wayne Newman(deceased.) Funeral services will be 1:30 P.M. Saturday, May 30, 2015 at Barnett Strother Funeral Home with Bro. Ron Hendricks and Bro. Robbie Knox officiating. Burial will follow in Roselawn Cemetery in Henderson. Visitation will be 4:00 P.M. until 8:00 P.M. Friday and after 12:00 P.M. Saturday until the service time at the funeral home. Pallbearers will be Richard Eagle, Terry Vincent, Wesley Nasbitt, Jamie Vincent, Chris Glore, and Randy Glore. Memorial contributions may be made to the Gideons International. Envelopes will be made available at the funeral home.

The family of Wesley Carroll Hunt created this Life Tributes page to make it easy to share your memories.

Send flowers to the Hunt family.