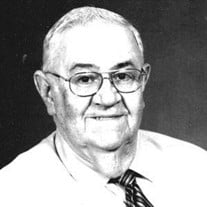 Noah G. Murphy, 86, of Owensboro, passed away Tuesday, March 12, 2019 at Wellington Parc. Mr. Murphy retired as a Kentucky National Guard Technician following more than 42 years of service. At the time of his discharge he was a Command Sergeant Major E-9, a rank he held for more than 23 years. He was Battalion Sergeant Major for the 2d Battalion, 123d Armor Division of the Kentucky Army National Guard for over 22 years. His last duty assignment was as Assistant Commandant, Non-Commissioned Officer Training with the Kentucky Military Academy, at Fort Knox. Following his retirement, for 5 years he was a school bus driver for the Daviess County Board of Education. Noah was active in Masonry, having been a member and Past Master of Jerusalem Lodge #9 in Henderson; a member and Past High Priest of Henderson Chapter #65 Royal Arch Masons; a member and Past Illustrious Master of the Henderson Council #88 Royal and Select Masons; a member and Past Commander of Henderson Commandery #14 Knights Templar; and a Thirty-Third degree Mason, Scottish Rite of Free Masonry, Southern District, Madisonville. A member of Yellow Creek Baptist Church, he was a member of the Koinonia Sunday school class and Young at Heart. He was also a member of Gideons International, East Camp, Owensboro. Noah was preceded in death by his parents, the late Samuel S. and Hazeal Edds Murphy, a son, Noah Gene Murphy, a grandson Ben Murphy, and his sister, Monica Hazelwood. Those left to honor his memory include his wife of 65 years, Viola Murphy; his children Sam Murphy (Ursula) of Owensboro, his daughters Teresa Roberts (Michael) of Owensboro, and Jana Murphy of Poquoson, VA; his grandchildren Laura Murphy Dean (Jessie) of Lexington, Kevin Roberts (Meredith) of New York City, and Caleb Adams of Newport News, VA; his granddaughter-in-law Emily Murphy of Lexington; his great-grandchildren Maxwell Murphy, Everly Murphy, Lucas Murphy Dean, and Mateo Murphy Dean; and his sister Brenda Stewart of Webster County, KY. The funeral service for Noah will be at 2:00 p.m. Saturday at Glenn Funeral Home and Crematory, where visitation will be from 10:00 a.m. until 2:00 P.M. Saturday. Burial will be in Roselawn Memorial Gardens, Henderson, KY. Expressions of sympathy may take the form of contributions to the Gideons, Yellow Creek Baptist Church Young at Heart Group, or the Parkinson's Foundation. Memories and messages of condolence may be shared with the family of Noah G. Murphy at www.glenncares.com

Noah G. Murphy, 86, of Owensboro, passed away Tuesday, March 12, 2019 at Wellington Parc. Mr. Murphy retired as a Kentucky National Guard Technician following more than 42 years of service. At the time of his discharge he was a Command Sergeant... View Obituary & Service Information

The family of Noah G Murphy created this Life Tributes page to make it easy to share your memories.

Send flowers to the Murphy family.