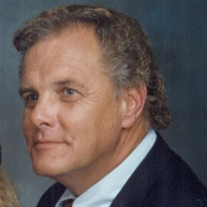 Clarence L. “Sonny” Osborne, 76, of Henderson, Kentucky, passed away peacefully, Sunday, December 29, 2019, at St. Anthony’s Hospice Lucy Smith King Care Center surrounded by his loving family. For 25 years, Clarence worked with the telephone company. After retiring, he opened Kelsey G’s Pizza which he operated with his family for more than 24 years. He loved to travel, but more than anything else, he loved spending time with his family. He was a member of Holy Name of Jesus Catholic Church. He was preceded in death by his son, Christopher L. Osborne; his mother, Bessie Cates; and his stepfather, J.W. Cates. Survivors include his wife of 58 years, Kathy; one daughter, Gina Breedlove of Henderson, Kentucky; two grandchildren, Kelsey Breedlove and Kendal Breedlove, both of Henderson, Kentucky; and one brother, Terry Cates of Colorado. Visitation will be 3 p.m. to 8 p.m. Wednesday, January 1, 2020, and until service time Thursday at Rudy-Rowland Funeral Home. Services will be at 11 a.m. Thursday, January 2, 2020, at Rudy-Rowland Funeral Home. The Reverend Mike Ward will officiate. Burial will be in Roselawn Memorial Gardens. Pallbearers will be Doug Mullins, Craig Breedlove, Brent Wilkerson, Brandon White, Gary Crawford, Mike Kemp, and Earl Brandon. Tommy Kemp will be an honorary pallbearer. The family wishes to extend a special thanks to Dr. Scott Watkins for the loving care he gave Clarence over the past several years. Contributions may be made to St. Anthony’s Hospice.

The family of Clarence "Sonny" Osborne created this Life Tributes page to make it easy to share your memories.

Send flowers to the Osborne family.